What the "Harlem shake" has to do with Harlem

(CNN) - It begins rather innocently.

An infectious track, a conservative, solo dancer and a few oblivious observers.

A mere fifteen seconds of pelvic thrusts, then, a roar of a lion, a drop of a beat...

Then, everyone goes CRAZY.

The “Harlem Shake” is the No. 1 song on the Billboard Hot 100 for the second week in a row, a top 10 iTunes download and the meme of the moment. Millions are watching variations on the “Harlem Shake” video theme in which the dance starts with one person thrusting their pelvis or dancing solo for 15 seconds, while the people in the background ignore them. Then when the beat drops, a group joins in bizarre, repetitive movements. The whole dance lasts around 30 seconds.

While this latest trend is built around the “Harlem Shake", it has scant ties with the New York neighborhood, and very little in common with the original dance that shares its name.

So just how did the phenomenon begin? It starts with a dancer in Harlem, a producer from Philadelphia and ends with you.

END_OF_DOCUMENT_TOKEN_TO_BE_REPLACED 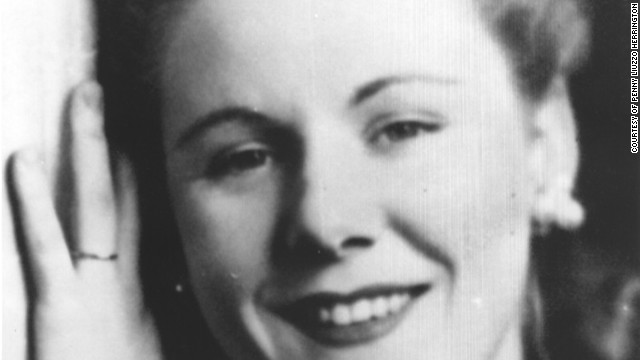 Viola Liuzzo's murder made her a scapegoat. It also sparked passage of the Voting Rights Act, which may soon be overturned.
February 28th, 2013
12:36 PM ET

Editor's note: The U.S. Supreme Court heard arguments this week over a challenge to the 1965 Voting Rights Act. The following is an edited excerpt from John Blake's 2004 book "Children of the Movement" about Viola Liuzzo, a Detroit housewife who was killed while working for voting rights in Selma, Alabama. This story contains objectionable language.

(CNN) - On March 26, 1965, Penny Liuzzo was watching the "Donna Reed Show" at her home in Detroit when a wave of nausea suddenly swept over her. In an instant, she knew what had happened.

"Oh my God," she thought as she stood up and walked out of the room. "My mom's dead."

When Penny's mother, Viola Liuzzo, had called home a week earlier to tell her family she was going to Selma, Alabama, Penny had been engulfed by a sense of dread. She tried to talk her mother out of going.

Liuzzo laughed off her daughter's fears. Viola had been determined to help marchers in Selma after watching newsreel footage of civil rights marchers being beaten there. She had cried after the newscast ended. "I'm tired of sitting here watching people get beat up," she told her family before driving off to Selma.

The call came at midnight. After experiencing her bout of nausea, Penny had gone to bed but could not sleep. She heard her father answer the phone. "Penny, your mother's dead! Your mother's dead," he wailed.

Then something happened that Penny still cannot explain 40 years later. Her 6-year-old sister, Sally, walked into the bedroom and said, "No, Mama's not dead. I just saw her walking in the hall."

The murder of Viola Liuzzo was one of the most shocking moments in the civil rights movement. On a winding, isolated road outside Selma, Liuzzo was ambushed and shot to death by a car full of Ku Klux Klansmen.

(CNN) - A transgender rights group announced Wednesday that it has filed a discrimination complaint in Colorado on behalf of a first-grader who was born a boy but identifies as a girl.

The filing stems from a decision announced last December by officials at Fountain-Fort Carson School District that Coy Mathis could no longer use the girls' bathroom at Eagleside Elementary.

Mother Kathryn Mathis said she and her husband were shocked.

"We were very confused because everything was going so well, and they had been so accepting, and all of a sudden it changed and it was very confusing and very upsetting because we knew that, by doing that, she was going to go back to being unhappy," she told CNN. "It was going to set her up for a lot of bad things."

Coy was born with male sex organs but has identified as female since she could express herself, her mother said. The child had attended classes during her kindergarten year with no problems and no complaints from anyone at the school, Mathis told reporters at the Colorado Capitol in Denver, where she was flanked by her husband, Jeremy, and four other children.