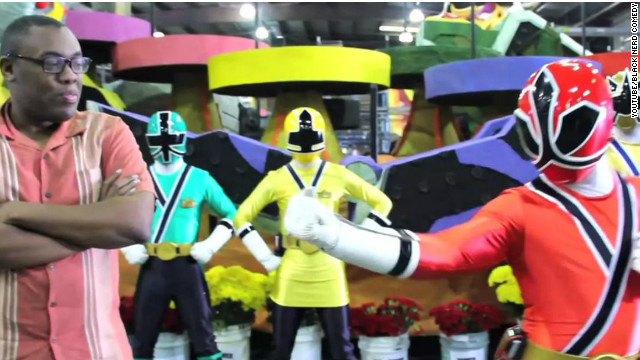 Austin, Texas (CNN) - In five years on YouTube, Francesca Ramsey says, only one of the nearly 200 videos she's posted has been explicitly about race.

Yet when the actress, comedian and video blogger hosted a meet-up with fans here at the South by Southwest Interactive festival, only three out of about 300 of them were white.

Of course that one video, "S**t White Girls Say ... to Black Girls," has accounted for nearly 10 million of the roughly 18 million views her videos have gotten, combined.

Ramsey spoke Sunday on a panel addressing racism and race issues on YouTube, the Web's No. 1 video site. Viewing of online video has surged, with YouTube attracting 800 million unique visitors a year. In 2011, the site saw a mind-boggling 1 trillion-plus views.

But among the content creators posting to YouTube who are ethnic minorities, race remains a troubling issue. Drawing a large fan base is a challenge, and commenters on YouTube videos can be vicious.

Of the top 100 most popular YouTube channels that aren't industry-sponsored, there is one black creator, four Asians and one of Middle Eastern descent, according to Web researcher Jenny Unghba Korn. Expanding that to the top 200 adds two more African-Americans, two Asians and one user from India.

"Everyone gets hate comments on YouTube," said Andre Meadows, the creator of the Black Nerd Comedy channel. "You can make the most wonderful video in the world and you will get 'Fake!' and 'Gay!'"

But for minority creators, "when you get comments, it seems to be targeted toward race almost immediately. A lot of people get 'dumb video, stupid video' - but with mine it immediately goes to racial slurs."