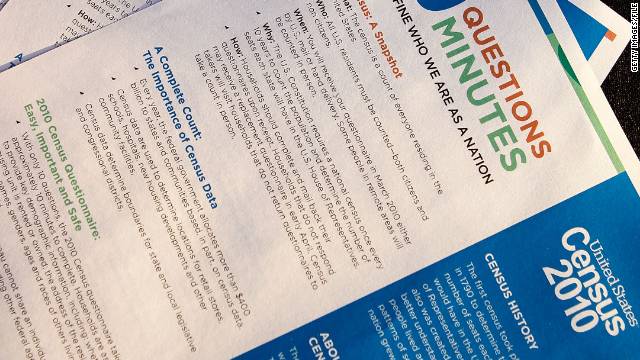 (CNN) - Each month, about 300,000 households across America receive a survey in the mail from the U.S. Census Bureau. Until recently, they had to be completed the old-fashioned way: pen on paper. But no more.

The Census Bureau has put its monthly American Community Survey online. Just answer the questions and hit the submit button. It's a secure site that requires a password and pin.

The first online American Community Survey was done in December. Since then, Hughes said about half the responses to the monthly survey have come in via the Internet.

The statistical survey generates data on age, sex, race and income. It also asks questions on health, where people live, veteran status and disabilities. It's the largest of the Census Bureau's surveys that's available online - 60 other surveys are also available electronically.

The online questionnaires are designed to lower cost and make the process more efficient, Hughes said. They will also enhance accuracy.

On paper forms, people sometimes check multiple answers to a question. Online, they can't do that.

It's hoped that in large part, the next decennial census in 2020 will be conducted online. The Census Bureau is certainly planning on that, Hughes said,

That could be huge considering that in 2010, the government printed 360 million questionnaires. Stacked one on top of another, a pile of the census forms would stand about 29 miles high, more than five times higher than Mount Everest.

Yes, the trees are smiling.