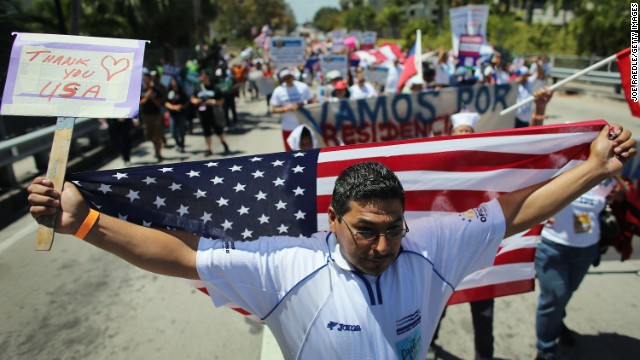 Editor's note: Angela M. Kelley is vice president for immigration policy and advocacy at the Center for American Progress, a progressive research and policy institute.

(CNN) - Working diligently for over four months, a bipartisan group of senators - the so-called Gang of Eight - has accomplished a remarkable feat: They have produced an immigration bill that is pragmatic, creative and forward looking. The bill, introduced early Wednesday, is - like any big piece of legislation - a compromise.

First, the parts to love: The senators have largely navigated a dizzyingly complex arena - U.S. immigration policy - in ways that while not perfect, would substantially improve the dysfunctional status quo.

Among other things, the bill would bring the nation's 11.1 million undocumented immigrants out of the shadows and put them on a road to citizenship. It would increase and streamline border security, mandate a national employment verification system and eliminate the visa backlogs that have caused decades-long family separations. And it would promote economic competitiveness by revamping employment-based immigration so that business can bring in needed workers while still protecting the wages and jobs of American workers.

It is a remarkable starting point but with several crucial missed opportunities.