Washington (CNN) - Opponents of a bipartisan Senate effort to reform the nation's immigration policies calculate that dragging out debate by offering so-called "poison pill" amendments designed to tank support and stoking conservative ire on the airwaves will derail the proposal.

It is a strategy that stymied the immigration overhaul efforts of 2007.

Legislative aides and the bill's supporters worry that with days running out in the congressional calendar and a heavy plate of issues before lawmakers, efforts to overhaul the nation's immigration system could get sidelined.

The so-called "Gang of Eight" senators who have labored for months, largely in secret, are expected to discuss their proposal at a press conference on Thursday.

But the pushback has already begun.

"It seems pretty clear that they are pursuing a strategy of trying to draw this out as long as possible because this bill has to get done as quickly as possible," said Deepak Bhargava, executive director of the Center for Community Change, which advocates for low-income communities.

"It's a ploy to try and throw sand in the gears and I suspect there will be a long list of poison pill amendments that will be offered through committee," Bhargava said.

Editor's note: Jothy Rosenberg is the author of the memoir "Who Says I Can't?" He is a serial entrepreneur in the high-tech industry, has written three technical books, is an extreme athlete in skiing, biking and open water swimming and is about to do his 20th Alcatraz swim across San Francisco Bay. Watch his "Who Says I Can't?" series on YouTube, and follow him on Twitter

By Jothy Rosenberg, Special to CNN

(CNN) - Waking up to realize you suddenly have no leg or legs is as horrible an experience as one can have, and one that will, sadly, be faced by a number of people injured in the bombing of the Boston Marathon. It happened to me when I was 16 after a bone cancer diagnosis and amputation (the cancer later spread to my lung and caused a lung to be removed as well). As I looked down in the recovery room to where my right leg used to be, all I saw was a short stump.

This is frightening for sure, and only one of the things you're dealing with after an amputation. Luckily perhaps, your entire being is consumed just with healing; the bigger issues come later. First thing to deal with is massive physical pain from the surgery, and it will be worse because of the shrapnel packed bombs. The explosive force traumatizes the tissues and the fragments injected into the body cause collateral damage. Modern medicine does well with pain management, so this phase will, luckily, pass quickly.

For the new amputee, challenges come fast and furious, but so does the natural "fight" that is in all humans. My very first challenge was trying to stand on one leg. The body and the mind do not adjust immediately to major changes like the loss of a 25 pound leg, so balance while standing up is elusive. But it will come and that is a first little victory. It's the first of many little accomplishments that begin to build up one's zeroed-out self-confidence. Our bodies heal and adapt well–the mind is a bigger challenge. 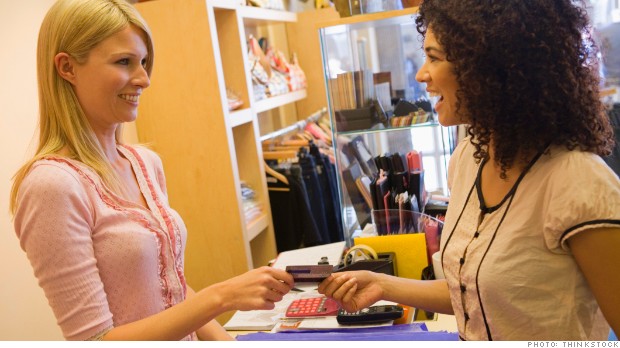 All that is needed to match the information data brokers compile with what you buy is your full name — obtained when you swipe a credit card — and a zip code, according to data privacy experts.
April 18th, 2013
10:03 AM ET

What your zip code reveals about you

Every time you mindlessly give a sales clerk your zip code at checkout, you're giving data companies and retailers the ability to track everything from your body type to your bad habits.

That five-digit zip code is one of the key items data brokers use to link a wealth of public records to what you buy. They can figure out whether you're getting married (or divorced), selling your home, smoke cigarettes, sending a kid off to college or about to have one.

Such information is the cornerstone of a multi-billion dollar industry that enables retailers to target consumers with advertising and coupons. Yet, data privacy experts are concerned about the level at which consumers are being tracked without their knowledge - and what would happen if that data got into the wrong hands.

Acxiom, one of the biggest data brokers in the business, claims to have a database that holds information - including one's age, marital status, education level, political leanings, hobbies and income level - on 190 million individuals. Major competitors, like Datalogix and CoreLogic, tout similarly vast databases.