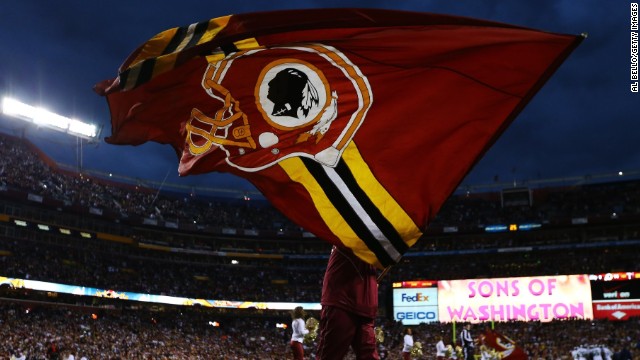 (CNN) - David Grosso, 42, was born and raised in the metropolitan Washington area so it's not tough to see why he's a diehard Washington Redskins fan. Been going to games since he was a boy. Season ticket holder.

But Grosso, like so many others, objects to the name and mascot of his favorite team.

"The term Redskins is a racist and derogatory term," he says.

These days, Grosso has the power to do something more than air his opinion. He was elected to the D.C. Council in November, and he plans to introduce a resolution Wednesday to rename the team to the Washington Redtails. That's a tribute to the Tuskegee Airmen, though, Grosso says, there are plenty of redtail hawks in the area.

He's open to other suggestions. He just wants the current name gone.

"District residents and their elected representatives should not tolerate commercial or other use of derogatory terminology relating to any people’s racial identity, or which dishonors any person’s race, or which dishonors the name Washington," Grosso's resolution says.

Grosso says his hometown, named after the nation's first president, has been dishonored by association with what many Native Americans call the R-word because it's just as offensive as the N-word.

“A good many Americans don’t know any Indians,” says Kevin Gover, who heads the Smithsonian Institution’s National Museum of the American Indian. “The Indian you see most often in Washington, D.C., is at a football game - at the expense of real Indians, real history, real culture. The petty stereotype has become expected.”

Grosso says he has the support of eight of the council's 13 members; two more are leaning his way, he says. He has been circulating his proposed resolution to them ahead of a formal introduction. Grosso expects the resolution to pass, after which he will make sure team owner Daniel Snyder sees it.

Snyder has been quiet on the issue and thus far resisted, though efforts to get the name changed have gathered steam in recent months.

Amanda Blackhorse, a 31-year-old Navajo social worker, went to Washington in March to attend a hearing of the Trademark Trial and Appeal Board. She has petitioned to cancel the Redskins trademark on grounds that the name is racist. Suzan Shown Harjo filed a similar petition in 1992 and won, but later lost in the appeals process.

Also in March, several lawmakers introduced a bill in Congress that would amend the Trademark Act of 1946 to ban the term “redskin” in a mark because it is disparaging of native people. Among the sponsors of the bill is civil rights activist Rep. John Lewis, D-Georgia.

At least one player felt the name change campaign was going overboard. Star quarterback Robert Griffin III said this on Twitter: "In a land of freedom we are held hostage by the tyranny of political correctness."