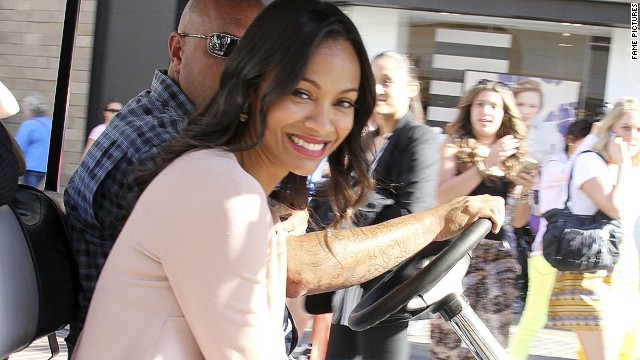 And do I like this story? Do I like this director? Do I think the studio is going to manage and sell it properly. That’s where my head is at. I’m not thinking, “Oh, I’m a woman of color, are they gonna want me?” I don’t give too much energy to that, because my time is very valuable, and something that exists to others is not going to exist in my world. That’s how I think I get by, by not giving it any validation by wasting more time investing into thinking about it.

Saldana is probably referring to Freeman's 2006 interview with CBS' "60 Minutes" reporter Mike Wallace.  The two were discussing black history month, when Wallace asked Freeman: "How are you going to get rid of racism?"

Here is the full context of Morgan Freeman's interview:

Recently, Saldana has been revealing more about herself during her press tour.  She has spoken about why she couldn't pose for every magazine, a revealing magazine photo spread,  the controversy around her playing Nina Simone, and that she is "open to being with a woman."