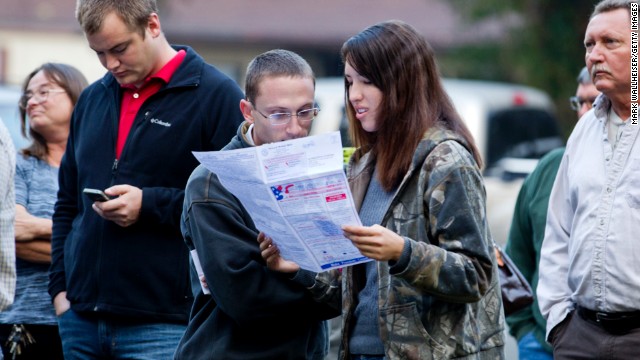 Opinion: 'Me' generation aims to change the world

Editor's note: Erica Williams is a social impact strategist and World Economic Forum Young Global Shaper. She is the CEO of EWS Strategies, a social impact consulting firm that works with high-impact businesses and next generation leaders.

Despite much evidence to the contrary, we are seen as selfish and entitled, with little regard for the actual values that we espouse and the socio-economic context in which we live.

But a recent Telefónica-Financial Times Global Millennial Survey - which spoke to more than 12,000 adult millennials, including 1,000 Americans - adds insight to not only what millennials believe, but also what they are doing as a result of their beliefs.

In a world with unrepresentative governments, rising economic gaps in a fluctuating economy, and persistent gender gaps, millennials are blending new ideas about work with their desire to change the world to confidently face harsh societal realities and realize their vision for a brighter future.

As a millennial woman who works to help businesses and young leaders do good and implement innovative social change projects, I have spent the better part of my career working with ambitious, mission-driven millennials.

I know all too well the economic, societal and environmental pressures that this generation faces.

For almost a decade, I worked as an advocate and young nonprofit leader, tackling these and other issues and had begun to achieve professional success

But a year ago, I began to feel an itch. I started to ask myself a series of questions that became louder day by day: Am I fighting these obstacles and pursuing justice as creatively as I know how? Are there new – better and faster – ways to change the world? Am I really making a difference – and doing so in a way that allows me to live a full, financially stable life?

These questions – about money, creativity, work-life balance, and innovation – are often regarded as entitled and self-centered.

But they are far from it. They are a logical and empowered response to a world in which amazing tools are at our fingertips and unprecedented pressures are on our shoulders. END_OF_DOCUMENT_TOKEN_TO_BE_REPLACED

Former Navy SEAL comes out as transgender: 'I want some happiness'

(CNN) - After years spent fighting in some of the world's worst wars, former U.S. Navy SEAL Kristin Beck says she knows what she wants.

"I want to have my life," she told CNN's "AC360" in an exclusive Thursday night.

"I fought for 20 years for life, liberty and the pursuit of happiness. I want some happiness."

Beck recently came out as transgender.

She wrote about the experience in a book, "Warrior Princess: A U.S. Navy SEAL's Journey to Coming out Transgender."

Trapped in a man's body

It chronicles her life as a young boy and man, known then as Chris Beck.

Beck deployed 13 times, serving in places such as Bosnia, Afghanistan and Iraq. She earned a Bronze Star and a Purple Heart along the way.

Though she's felt trapped in the wrong body since grade school, Beck didn't come out until after she left the military in 2011.

Doing so earlier would have been too big a risk.

Transgender men and women are banned from service.

"That's a chance that if I took it, I might be dead today," she said.

"There's a lot of prejudice out there. There's been a lot of transgender people who are killed for prejudice, for hatred. When the book came out - some amazing support and some amazing praises - but also some pretty amazing bigotry and hatred."

Beck says she doesn't need people to love, or even like, her.