Opinion: How to employ veterans when they come home

Editor’s Note: Ted Daywalt is president and CEO of VetJobs, a military job board. He served on active duty in the Navy as a line and intelligence officer and retired as a captain after 28 years. He later served in private industry as a plant manager and as an executive in the steel, electric utility, importing, chemical and recruiting industries. “Voters In America: Vets Wanted?” is the first part of In America's documentary series on American voters.  J.R. Martinez narrates the documentary  re-airing May 19th at 8 p.m. ET Saturday on CNN.

By Ted Daywalt, Special to CNN

In the 1970s, when I served, veterans would not mention they had been in the military, much less Vietnam. Discrimination against these veterans was immense, and in 1974, Congress passed the Vietnam Era Veterans Readjustment Assistance Act to prohibit the discrimination and provide more opportunities.

Now, we are more reliant than ever on the National Guard and reserves to protect our country.

END_OF_DOCUMENT_TOKEN_TO_BE_REPLACED

Editors Note: This Educator and Parent Guide is provided for teachers and parents to use as a catalyst for discussion and learning if they choose to watch “Voters In America: Vets Wanted?” with their students.  This is the first part of CNN In America's documentary series on American voters.  J.R. Martinez narrates the documentary re-airing May 19th at 8 p.m. ET on CNN.

(CNN) - Teachers and Parents: Watch with your students or record "Voters in America: Vets Wanted?" when it airs on CNN on Sunday, May 13 at 8 p.m. ET and PT, or Saturday, May 19 at 8 p.m. and 11 p.m. ET and PT. By recording the documentaries, you agree that you will use the documentaries for educational viewing purposes for a one-year period only. No other rights of any kind or nature whatsoever are granted, including, without limitation, any rights to sell, publish, distribute, post online or distribute in any other medium or forum, or use for any commercial or promotional purpose.

Documentary Description: Multiple deployments interrupt lives and careers and can lead to health and financial challenges. Narrated by former U.S. Army infantryman and motivational speaker J.R. Martinez, "Voters in America: Vets Wanted?" looks at the unique burdens for families of men and women who have served in Iraq and Afghanistan, and it follows the reintegration of members of the Georgia National Guard's 877th Engineer Company into civilian life. Deployed to Afghanistan in December 2010, half of these veterans faced unemployment when they returned to the U.S. The documentary also examines whether the bipartisan Veterans Jobs Bill passed in November 2011 is of any help as our nation's heroes make full transitions back to the lives they left to defend America, and it offers insights into how veterans' unemployment may impact their decisions as they head to the polls this November.

END_OF_DOCUMENT_TOKEN_TO_BE_REPLACED

J.R. Martinez: We must find jobs for U.S. veterans

J.R. Martinez knows what it takes to survive after war, and what comes after - he found success acting, and as a "Dancing with the Stars" champion. But many vets face hardships, especially when it comes to employment.

“When they come home is really when the real battle begins.” Martinez said.

Martinez said the government has done a great job to help U.S vets, but there are still gaps that need to be filled.

“This is a good opportunity to educate America on what the gaps are and how we as everyday Americans can, and what we can do to contribute to closing this gap," he said.

Our CNN In America documentary follows the soldiers of the 877th on their journey back to their civilian lives.  After the soldiers' reunions with their families, we chronicle their search for jobs and their reconnection with loved ones.  We will be there with them as they attend job fairs and interviews, and examine the challenges facing our veterans coming home. END_OF_DOCUMENT_TOKEN_TO_BE_REPLACED 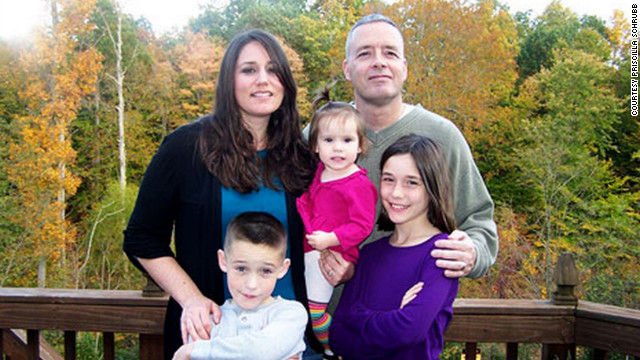 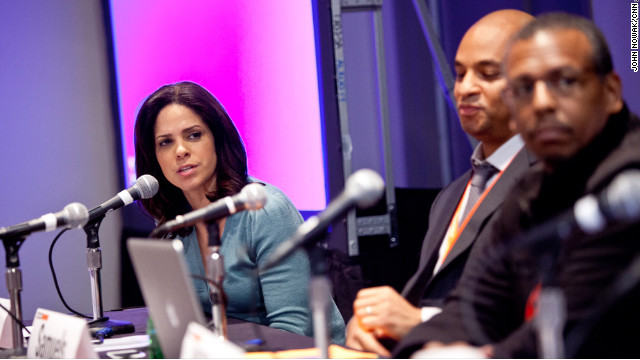 NEW YORK (CNNMoney) - Silicon Valley's startup field is dominated by young, mostly white men from a handful of elite universities. NewMe, an accelerator program for minority-led ventures, aims to shake up the scene.

Three months after CNN's Black in America 4 aired, chronicling the stories of NewMe's first class, several of the documentary's participants reconvened at last week's South by Southwest (SXSW) gathering in Austin. In panel discussions and informal chats, they tackled the question: Has anything changed?

"I think the most important thing [the documentary] did is that it started a conversation that did not exist. That's huge," said Hank Williams, who used his time at NewMe to work on Kloudco, a cloud-based data management service.

"I don't know how much we impacted Silicon Valley, but it's starting a larger discussion around the nation," said Gokit founder Hajj Flemings. "There are a lot of people looking to make career shifts."

CNN's documentary, "Black in America 2: Tomorrow's Leaders," followed men and women making a difference in the black community.  When we met Mia Jackson, a young woman with an undergraduate degree in chemical engineering, she said she wanted to further her career. She applied to Management Leadership for Tomorrow, an MBA prep program dedicated to preparing minorities for executive positions in business.

Since then, Mia has graduated from Northwestern University's Kellogg School of Management with a dual degree: an MBA and a Masters in Engineering Management.  But she says it was all at a great cost.  Hear why in this Black in America update.

The program provides a free clinic and since the documentary aired in 2009 the number of patients and volunteers has doubled, but with the change in the economy came major cuts for the program.

Watch to learn the fate of Project Brotherhood.