Editor's Note: In America follows the fight to win an essential voting bloc in Nevada, a battleground state with one of the fastest-growing Latino populations in the nation. Soledad O’Brien reports “Latino in America: Courting Their Vote” at 8 p.m. ET Sunday.

(CNN) – The latest national survey of likely Latino voters shows President Barack Obama retaining a big lead over rival Mitt Romney in the key voting demographic, matching the level of support he received from Latinos in 2008.

The poll also showed a majority of Latinos said the economy was a more important issue than immigration, and indicated enthusiasm among Latinos is lower than it is among non-Latino whites.

Obama enjoys the backing of 70% of likely Latino voters, according to the CNN/ORC International survey, slightly higher than the 67% of Latinos who voted for him in 2008. Republican nominee John McCain garnered 31% of the 2008 Latino vote. In 2004, 53% of Latinos went for the Democratic nominee John Kerry over the 44% who went for President George W. Bush, according to national exit polls.

(CNN) - There is one place in America where racism might well be accepted, or at very least tolerated - comedy clubs.

“Race is, like everything, fodder for comedy,” said Dave Reinitz, co-owner of Flappers Comedy Club in Burbank, California.

“I think there’s a fine line between racial humor and racism. And some comics cross it. But yes, it is accepted, and it’s funny."

Even he likes a joke based on race at times.

“I can be made to laugh," he said. "Particularly if I know the comic that’s doing it and I know their intent is not to hurt anybody.”

END_OF_DOCUMENT_TOKEN_TO_BE_REPLACED

Poll: Should English be the preferred language spoken in Puerto Rico?

In the days leading up to the Puerto Rican Republican primary, English language comments by Rick Santorum created controversy and may be the reason for losing all 20 delegates to Mitt Romney.

In an interview with El Vocero newspaper Santorum said he did not support a state in which English was not the primary language. "As in any other state, (Puerto Rico) should comply with this and every other federal law and that is that English must be the primary language."

The specific federal law that Santorum was referring to is unclear. There are no federal laws, which require English as the primary spoken language for statehood. And the U.S. Constitution does not designate an official language.

In an interview with CNN Santorum defended his position, "obviously Spanish is going to be spoken here on the island, but this needs to be a bilingual country and not just a Spanish speaking country. It's essential for children in America to speak English to fully integrate and have full opportunity."

Santorum is correct that Spanish is by far the most commonly spoken language in Puerto Rico, but English and Spanish are already the official languages.

A referendum on whether to pursue statehood or remain a self-governing U.S. commonwealth will be on the November 6 ballot. 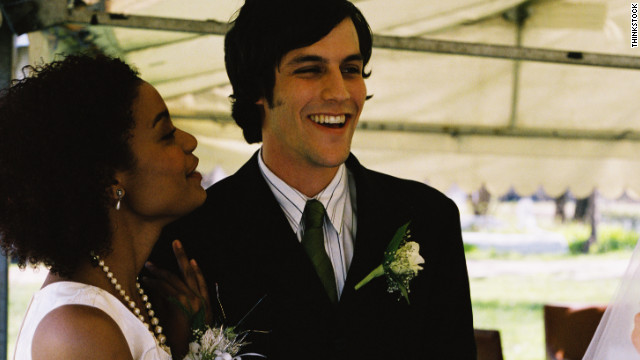 END_OF_DOCUMENT_TOKEN_TO_BE_REPLACED

In America's blog is about our nation's identity and culture.  Our goal is to be relevant and honest about the world we live in, even when it's difficult, and to answer questions about who we are.  In reporting the events of 2012 we ask what is essential to being American and what is non-negotiable.

Poll: Would you pay more to get a toy of a specific race?

Niaira Taylor's daughter wants a Baby Alive doll for Christmas, so she stopped at a Toys 'R' Us outside Atlanta to buy the doll. On the shelf, though, she saw that the white doll was $31.99. The black doll - the one her daughter wanted - was $44.99.

The dolls are identical except for their skin colors - Baby Alive dolls are available in skin tones listed as white, African-American and Hispanic.

"The manager, she said, 'Yeah, it's only the Caucasian doll that's 20% off,'" Taylor told CNN affiliate WXIA 11Alive. "So I said 'You mean to tell me I have to pay full price for the African-American doll, but they're all the same exact doll?'"

END_OF_DOCUMENT_TOKEN_TO_BE_REPLACED

Poll: Was it Cain the candidate or Cain's accusers that cut his campaign short?

Republican presidential hopeful Herman Cain announced this weekend that he suspended his campaign. Support had waned in recent weeks after allegations of sexual harassment and a woman claimed they had a 13-year affair. He didn't officially drop out of the race, but said he suspended the campaign after assessing the impact the sex allegations had on his family and supporters.

He said again Saturday that the allegations are false and that media spin was to blame. Some argue he was undone by the sexual harassment and affair allegations, by ill-explained positions and foreign policy fumbles or by amateur political moves. Some say he didn't capture the collective black Republican support that could've helped him.

"I am not going to be silenced and I will not go away," Cain said, as he announced a new website, TheCainSolutions.com.

What do you think?

END_OF_DOCUMENT_TOKEN_TO_BE_REPLACED

Director Brett Ratner won't be hosting the Oscars -- he resigned due to backlash after he used a gay slur.
November 9th, 2011
05:08 PM ET

Poll: Should using a discrimantory slur be cause to lose a job?

Movie director Brett Ratner got people angry last weekend when he made an anti-gay remark during a Q&A session after a screening of his latest feature, “Tower Heist.” The comment spawned calls for him to be fired from his job producing the Oscars and it spread like wildfire throughout the blogosphere.

He quickly apologized but critics didn’t let go, and the comment cost him the most coveted producing job on TV.