From prom to deportation

(CNN) – Even three years after the fact, Fredi Alcazar Dominguez still trembles thinking about his deportation.

[3:35] "They put you on a bus to the border and then at the border they just leave you at your own risk."

Alcazar Dominguez spent five days in Mexico before crossing the border illegally back into the United States. Then and now he has found himself in a kind of limbo.

The 23-year-old was brought to this country illegally by his parents when he was just eight years old. Deported just shy of his high school graduation, he doesn't qualify for the deferred action enacted by President Barack Obama last year. 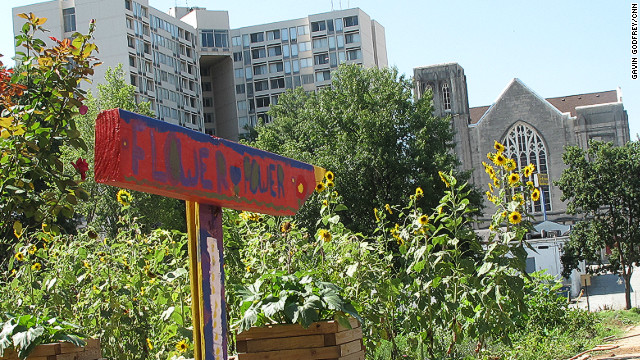 Rosebud, South Dakota (CNN) – They are watchwords of both parties: freedom and liberty.

But when Embed America went to South Dakota we found a place where many say that both are threatened and the problem is ignored. The Rosebud Sioux Reservation includes one of the poorest counties in the nation, but residents talked with us more about their concerns that the tribal police force is part of a broken justice system.

We spoke with Calvin “Hawkeye” Waln, a recently fired police officer who made some serious charges.

[3:14] “You're talking violations of civil rights, excessive use of force is one. You’re talking spraying handcuffed suspects with pepper spray to physical police brutality where the officers end up injuring or breaking bones from assaulting somebody.”

Waln says his reporting these problems led to his ouster. The police department would not comment on why he was fired.

This comes after years of upheaval in the Rosebud police force. Two chiefs of police were fired in the past four years amidst corruption allegations, then the second chief was reinstated in the past few weeks.