This is the last in an occasional series on issues of race, identity and politics ahead of Election Day, including a look at the optics of politics, a white Southern Democrat fighting for survival and how parallels to the past haunt the age of Obama.

San Francisco (CNN) - To call the Rev. Amos C. Brown a veteran of the civil rights movement is an understatement.

He was just 15 when he met the Rev. Martin Luther King Jr. in San Francisco after being driven cross-country by Mississippi activist Medgar Evers.

He was one of eight students handpicked to take the only college class King ever taught. He and King were arrested during a lunch-counter sit-in at a nearby downtown Atlanta department store. He also was one of the famed Freedom Riders who blazed a trail through the Deep South.

At 71 and slowed by a stroke, Brown could be satisfied as senior pastor to his 3,000-strong flock at Third Baptist Church of San Francisco, the Bay Area's version of King's Ebenezer Baptist Church in Atlanta.

Instead, he has been working behind the scenes - praying with President Barack Obama before his second debate - as well as working on the front lines, trying to register as many African-Americans as possible ahead of Tuesday's election.

His goal: to strengthen his community's political voice, fight against what he perceives as efforts to diminish that voice and keep the country's first black president in office. END_OF_DOCUMENT_TOKEN_TO_BE_REPLACED

Gay groups and "Homocon" welcomed to GOP convention despite platform

Tampa (CNN) - A man hurrying to catch the light at a corner in muggy downtown Tampa carries a book with a rainbow of color on its cover.

Its title stands out, especially here, where the Republican National Convention has officially accepted a platform that a New York Times editorial called "more aggressive in its opposition to women's reproductive rights and to gay rights than any in memory."

The book is "A Fundamental Freedom: Why Republicans, Conservatives, and Libertarians Should Support Gay Rights."

Ted McCormac is a precinct committee person for the GOP in Bradenton, Florida, and the father of a gay son. He picked up the book at a brunch co-hosted by the Young Conservatives for the Freedom to Marry and the Log Cabin Republicans - two of a small number of visible LGBT-supportive Republican groups at this year's convention.

Individual members of the Log Cabin Republicans have attended previous conventions, but this year marks a first for the group: It was invited by the Republican National Convention committee to participate in the convention itself. In addition, there are many high-profile, gay-themed events this year, including the brunch McCormac attended. "I've never been to an event of theirs, but people clearly went out of their way to be nice to me," McCormac said, with a catch in his voice. "It means so much since I'm kind of new at this." 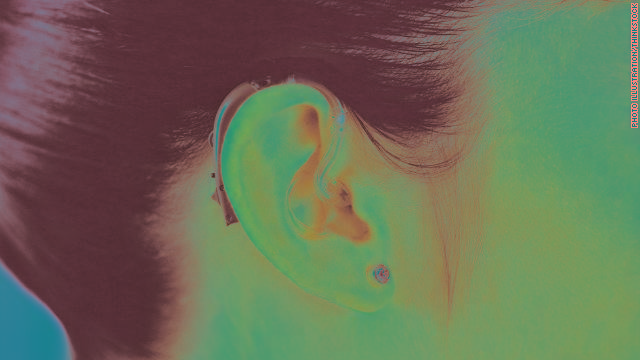 (CNN) - The American Red Cross says power outages created by recent storms in the East and Midwest cut blood donations, which were already low this summer. In June there was a nationwide shortfall, with donations down more than 10% across the country.

"We are asking people to please call 1-800-RED-CROSS or visit us at redcrossblood.org to find a way to donate if they can," said Stephanie Millian, Red Cross director of biomedical communications. "We need people's help."

One group that would like to help, but legally can't, may be moving one step closer to eligibility. Since the 1980s, when the AIDS epidemic decimated their community, gay men - or MSMs (men who have sex with men) as they are called by federal agencies –– have not been allowed to donate blood. In June, a group of 64 U.S. legislators led by Rep. Mike Quigley, D-Illinois, and Sen. John Kerry, D-Massachusetts, sent a letter to the Department of Health and Human Services encouraging it to move forward with a study that may lead to the end of the decades-old ban.

"We remain concerned that a blanket deferral of MSM for any length of time both perpetuates the unwarranted discrimination against the bisexual and gay community and prevents healthy men from donating blood without a definitive finding of added benefit to the safety of the blood supply," the letter said.