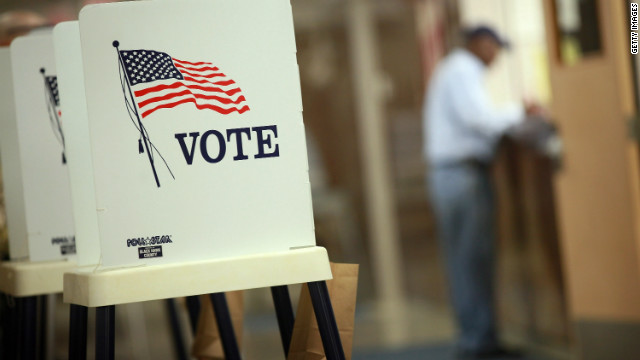 Muslim Americans must exercise their right to vote and be part of the process, says Khalid Latif.
October 30th, 2012
12:41 PM ET

Opinion: Muslims must engage politically, look outside themselves

Editor's Note: Imam Khalid Latif is a chaplain for New York University and executive director of the school's Islamic Center.

By Khalid Latif, Special to CNN

(CNN) - My wife and I were on our way into Bed, Bath and Beyond in late August when I decided to check my office voicemail from my cell phone. I told her I'd meet her inside. When I did, she asked whether I had any messages.

"Just one,” I told her. “I was asked to deliver an invocation at this year's Republican National Convention." She responded with a smile on her face, "Of course you were," and then showed me the pillows she’d selected.

I didn't get a chance to decide whether I would accept the invitation, as Hurricane Isaac changed the RNC schedule and made the decision for me. But before the impending storm blew me off the schedule, I sought advice from friends and colleagues. What were the implications of my participating at the RNC? Would it make sense?

One conservative, evangelical Republican friend told me that it would have been a great way to start a conversation with members of his party who are fed up with the current platform and, amongst other things, the party’s highly anti-Muslim and Islamophobic rhetoric. Now, it seemed, that conversation wouldn't happen.

But I couldn't understand why it must take a Muslim standing on an RNC stage to get people talking. Is that really the only way a Muslim voice can be heard in the political arena? Realistically, it's not. The other options just require more time, strategy and patience.

Like all other citizens, American Muslims can be heard through our right to vote. We, as a community, can amplify our voice by building coalitions more broadly with other groups. And we can speak the loudest by encouraging our best and brightest to be a part of the system.