Rareview: finding a place for Yiddish

What happens to a language that has no land?

American Yiddish speakers are asking that about the once popular Jewish language with roots in Hebrew and German.

As some wrestle with this loss –and how it defined who they are and where they come from– a small movement looks to find a new space for their displaced language.

END_OF_DOCUMENT_TOKEN_TO_BE_REPLACED

Editor's note: Yaba Blay, Ph.D., is an assistant professor of Africana studies who teaches courses at Lafayette College. Her research focuses on black identity, with specific attention to skin color and hair politics. She is the recipient of a 2010 Leeway Foundation Art and Change Grant through which she embarked upon the book project, (1)ne Drop: Conversations on Skin Color, Race, and Identity.

This is part of a three-part series. Read Don Lemon's column, "It only takes one drop."

By Yaba Blay, Special to CNN

I always thought I could spot a Black person anywhere. My eyes were trained in New Orleans – home to a historically preeminent group of folks who self-identify as “Creoles.”   Many of them would make it a point to announce that they are different—not White, not Black, but “Creole.”  A mix of African, Native American, French, and sometimes Spanish heritage, some Creoles are light-skinned enough to be mistaken for— or “pass”—for White people. We call them “passé blanc.”

One of my favorite pastimes as a youth in New Orleans was “picking out Black people” – people whom everyone else might have thought were White or “something else,” but whom I knew for a fact were Black. Somehow. Without even knowing it at the time, I had blindly accepted the “one-drop rule,” the early 1900’s law turned social rule that held that anyone with 1/32 of “African Black blood” was Black. And somehow I made it my mission to identify that “one-drop” any chance I could get. Maybe it was my way of retaliating against those who didn’t want to be associated with my kind – those whom I felt were somehow rejecting their own kind.

In my limited experiences, it seemed that people whose physical appearance gave them the “option” to be something else, chose to be something else.  So in my adult life, when I left New Orleans and began to meet people who were very adamant about their black identity, even though they could have easily identified as “mixed” or “Latino” or “Creole” or could have even “passed” for white, I found myself intrigued. On one particular occasion, I was on a panel hosted by the Caribbean Cultural Center African Diaspora Institute (CCCADI); and for as “learned” and as well-versed as (I thought) I was in global skin color politics, I found myself somehow taken aback each time either of my co-panelists, whom I would have identified as “Latino/a,” self-identified as “Black” and “African.”  In that moment, I felt ashamed of myself for questioning their identities based upon the stereotypical visions of "Blackness" that lived in my head. Afterwards, as I continued to struggle with myself, I knew that I wanted to do something with my feelings that could be useful to others like myself. I wanted to explore the “other” sides of Blackness.

So began my journey into the (1)ne Drop project.

END_OF_DOCUMENT_TOKEN_TO_BE_REPLACED 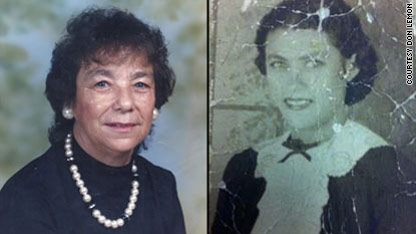